Meet the Members of the Nevada Cure Board of Directors

Meet the Members of the Nevada Cure Board of Directors:

The following is the NV-CURE Board of Directors and Officers: 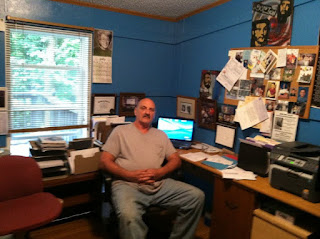 John Witherow is the President of NV-CURE. He is a prisoner rights advocate and has been involved in the civil rights movement since 1967 and has acted as a “jailhouse lawyer” since 1972.

John is 63 years old and has served over 40 calendar years in various state and federal prisons. He was released on a lifetime parole in November of 2010 and assisted in the re-activation of NV-CURE in April and May of 2011. He is dedicated to reforming the prison and parole systems through education of the public on issues related to those systems. Natalie Smith is a retired L.A. high school teacher, an award-winning writer and a lifelong activist for fairness and justice for all. Michelle has not served time in any jail or prison, but has been exposed to the issues due to her work as an advocate for wrongfully convicted Kirstin Blaise Lobato. She has served on the Board of NV CURE since its re-activation in 2011.

Annabelle has been with Nevada Cure since 2011. She lives overseas and from there she assists with the website of Nevada-Cure amongst others.

Annabelle has been an advocate for prisoners' rights since the beginning of this century, and she was attracted to Nevada's prison issues after reading about the appalling situation of (the absence of) medical care in NDOC prisons.